Why I’m leaving AT&T and switching to Verizon

I was with Cingular until they switched to AT&T and everything was going fine until just a few years ago. First they took away unlimited data once phones came out that could actually use more than 200MB a month. Then they started charging more for tethering and threatening to remove the unlimited data plan users were grandfathered into for tethering with third party applications. And finally, most recently, they are once again forcing users to use the data they already pay for in the way that they want to. It is this reason that my relationship with AT&T will soon be over as I move to a company that doesn’t charge you more for less, and doesn’t screw you over (as much). While Verizon has done its fair share of being evil, their purchase of the 700Mhz wireless spectrum has made them unable to screw you over to the extent of AT&T due to restrictions in place by the FCC.

Verizon is faster than AT&T

AT&T is slow, very slow. Not too long ago they changed the network indicator from 3G to 4G on the iPhone 4S, despite their network not being any better than 2G. Below here is a screenshot of a speedtest I did on the AT&T “4G” network. 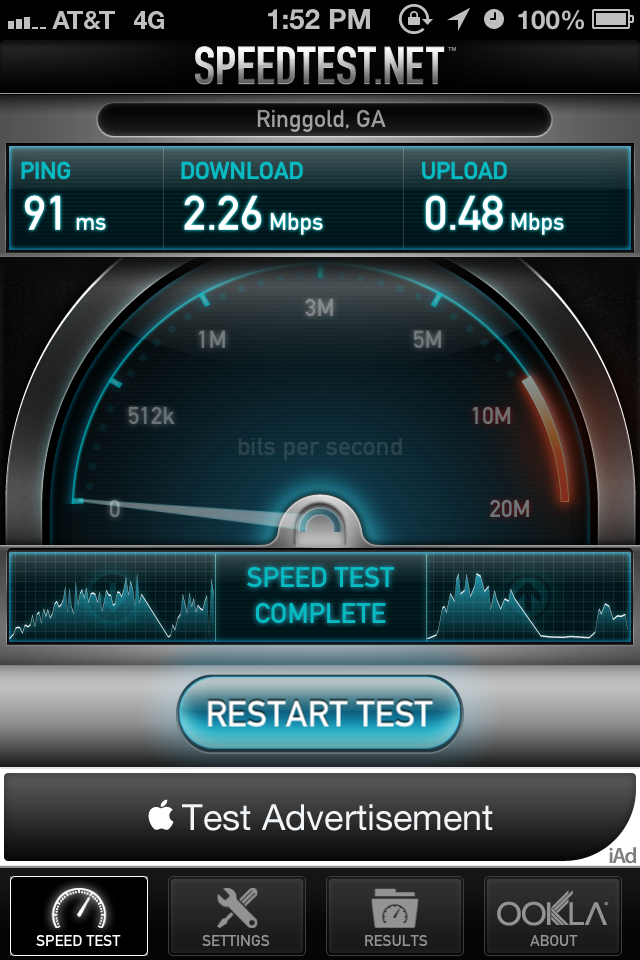 Speedtest on the AT&T “4G” network

To put that in comparison, here’s a speedtest on the Verizon network 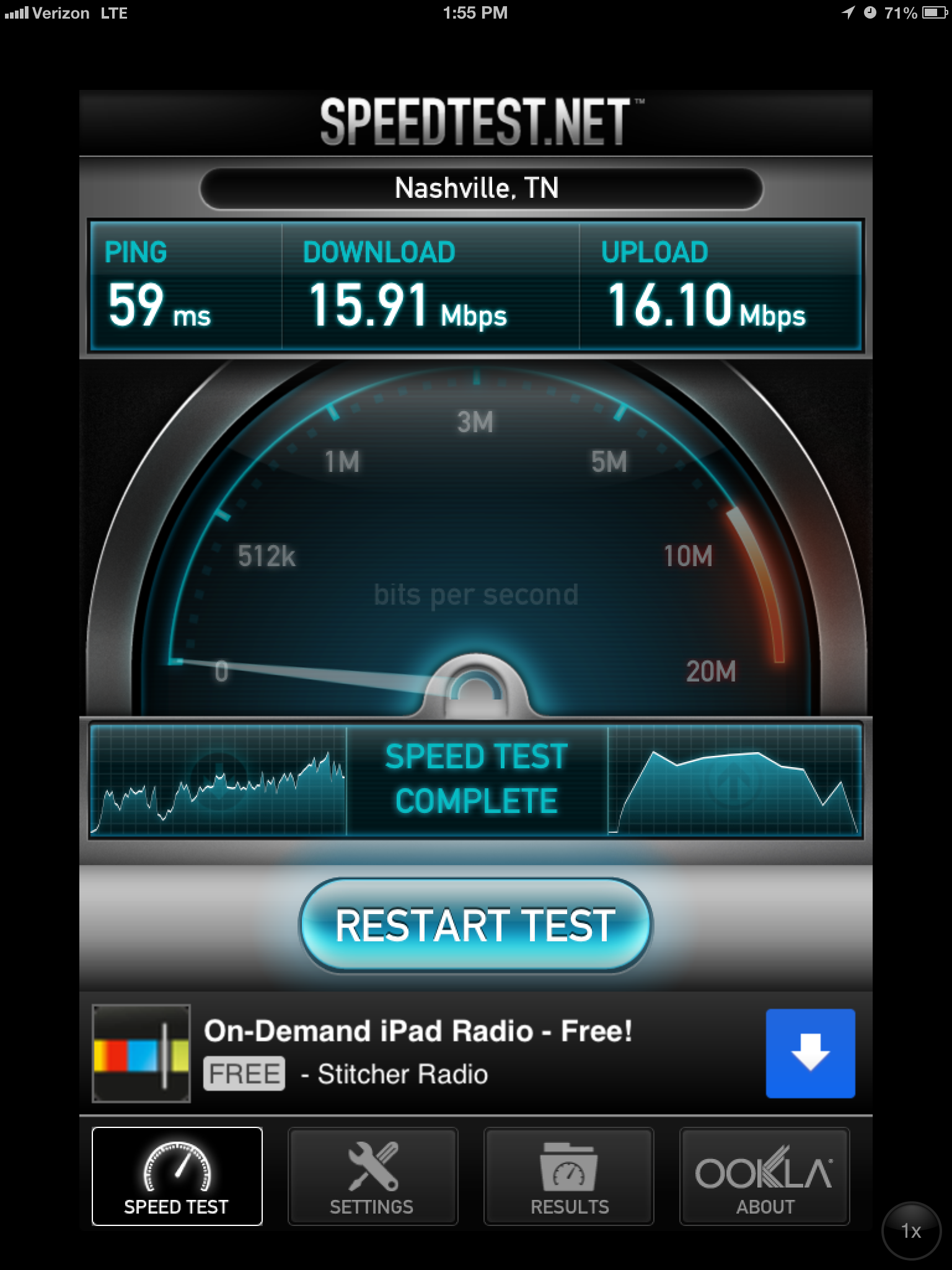 The result? AT&T’s pings are 50% slower and Verizon is 7x faster in downloads and 35x faster in upload speeds.

Now you could argue that the Verizon test was done on a faster LTE network and the AT&T test was done on the slower 3G (sorry, HSDPA) network, however if AT&T wants to call their HSDPA network 4G then I will hold it to the same standards as Verizon’s LTE network. AT&T doesn’t even have LTE coverage in my area (which isn’t unusual) so having a device capable of connecting to AT&T’s LTE network wouldn’t have made a difference for these tests.

Devices on Verizon’s LTE network that support tethering may do so, free of charge. You can see this in action with the New iPad on AT&T and Verizon. The Verizon iPad allows you to tether to the device free of charge. The AT&T iPad doesn’t even allow tethering and they’re working with Apple to figure out a way to charge customers extra money to use the feature.

Are you on a legacy family plan with AT&T? Did you know in iOS 6 you can FaceTime over your cellular connection? Well, that is if you switch to their Mobile Share plan (a near exact copy of Verizon’s Share Everything plan which came first). The Mobile Share plan would cause the family plan I’m currently on to increase by $50 for the exact same feature set. You can’t get tethering on an unlimited plan and now you can’t get FaceTime over 3G either. Even if you’re already off an unlimited plan, you’re still required to switch your entire plan over just to use your data for FaceTime.

The cost of an AT&T plan with “unlimited” voice, texting, and 5GB of data with tethering and FaceTime costs $199.99 a month. I also have an iPad (which is Verizon, but for the sake of this argument we can pretend it’s an AT&T tablet) so that’s another $10 a month for a grand total of $209.99 a month. To put that in comparison, a plan on Verizon with unlimited voice, texting, 4GB of data with tethering and FaceTime for 1 phone and 1 tablet costs $120.00 a month or $130.00 a month if you want 6GB. That’s almost half the cost of the AT&T plan.

AT&T has LTE coverage in 53 cities. Verizon has coverage in over 370 cities. That’s 7x more Verizon coverage than AT&T. See the difference: 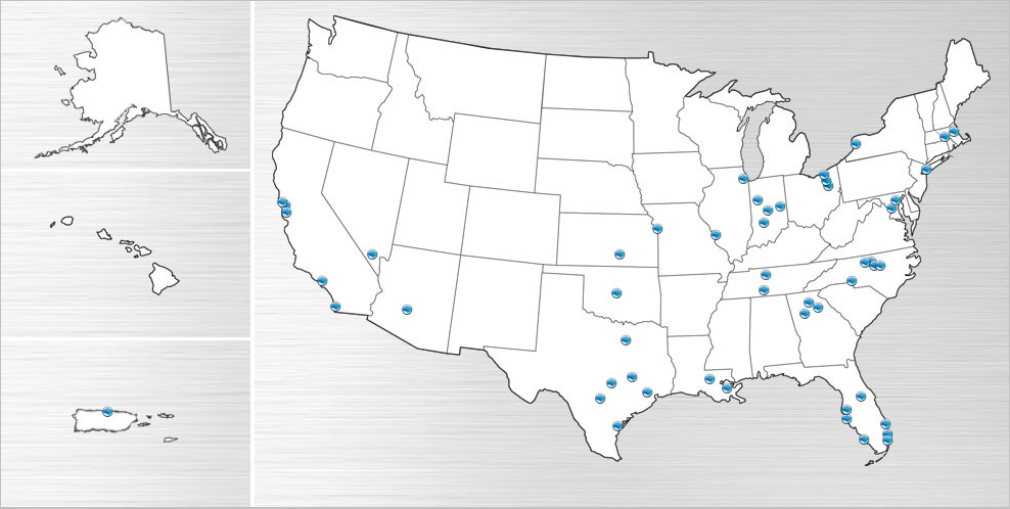 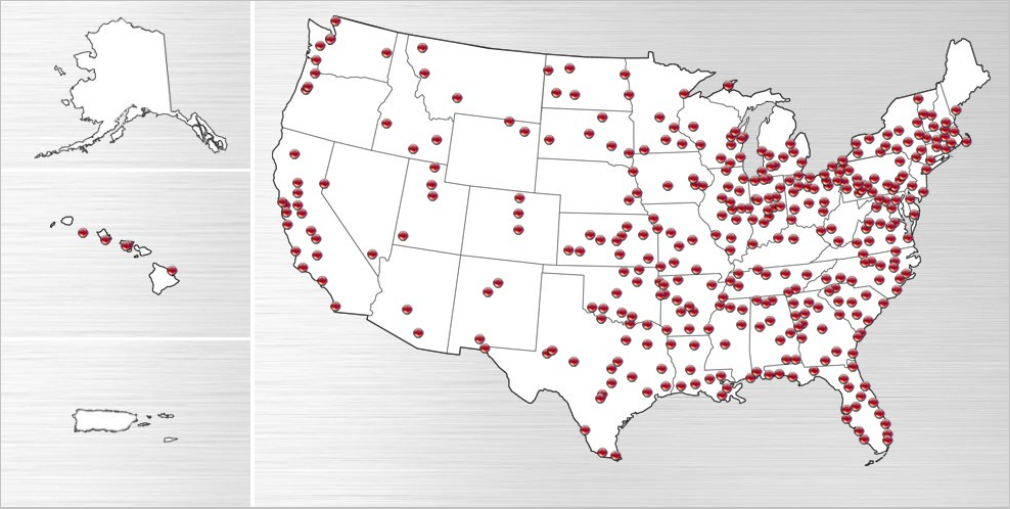 For nearly 50% less, you get a provider that has 7x more coverage on a network that is roughly 7x faster. Add the fact that Verizon isn’t allowed to charge you more for the data you already pay for, and the choice is clear. AT&T is heading down a very slippery slope. What’s next? $10 extra per month for Netflix? $1.00 per photo posted to Instagram? $0.50 a minute to use Pinterest? If you’re fine with paying twice as much for terrible service then AT&T it is. If you want lower monthly bills with faster coverage, go with Verizon. If you want lower bills with awful service, go with T-Mobile or Sprint.

← It costs $35 Million to send an HD video over SMS while roaming on AT&T How to: Quickly reach your 32GB bonus space for Dropbox for next to nothing. →